Most of us start the new year with resolutions to up our social media game because we know it’s a necessary evil if we want to build a bridge to new clients, maintain momentum and stay relevant.

The challenge with social media is that it’s such a hungry beast. The more you produce, the more it wants… and it gets tiring.

I had diligently created a schedule for myself at the start of the year and while I was running out of puff come March, I could see that it was worth it.

By posting two to three times per week on LinkedIn, I noticed that my average impressions had risen from between 100-200 to 300 and beyond, which was not so bad. I also had quite a few more people connecting with me and a number of those doing so because they wanted to work with me, which is always good.

So I could see my efforts were slowly paying off…, but even as a copywriter I found myself struggling to come up with ideas, mostly because all my good ones go to my clients.

Meanwhile, a chance came up to indulge my other passion: LEGO. I am a medium-level AFOL (Adult Fan of LEGO) and I love watching LEGO Masters on TV with my kids. The show stands out to me because it is so positive, fun and inspiring… man I wish I could build like that!

The opportunity that came up was an Adults Only event with the judge from LEGO Masters, Ryan McNaught, AKA Brickman, and a small group tour of his latest exhibition in Sydney. I booked my ticket and the evening was everything I hoped for and more.

Riding high from the experience, I popped a photo of me with Brickman onto my LinkedIn feed. It got a few likes but then I noticed I had a comment from the official LinkedIn account. They wrote, “We’re all about building that positive work-life balance!”

And that’s when sh*t got crazy.

The next morning I woke up to a screen full of notifications. By the time the wind dropped out of my post’s sails, I had close to 150,000 impressions! I also had a LOT of connection requests. 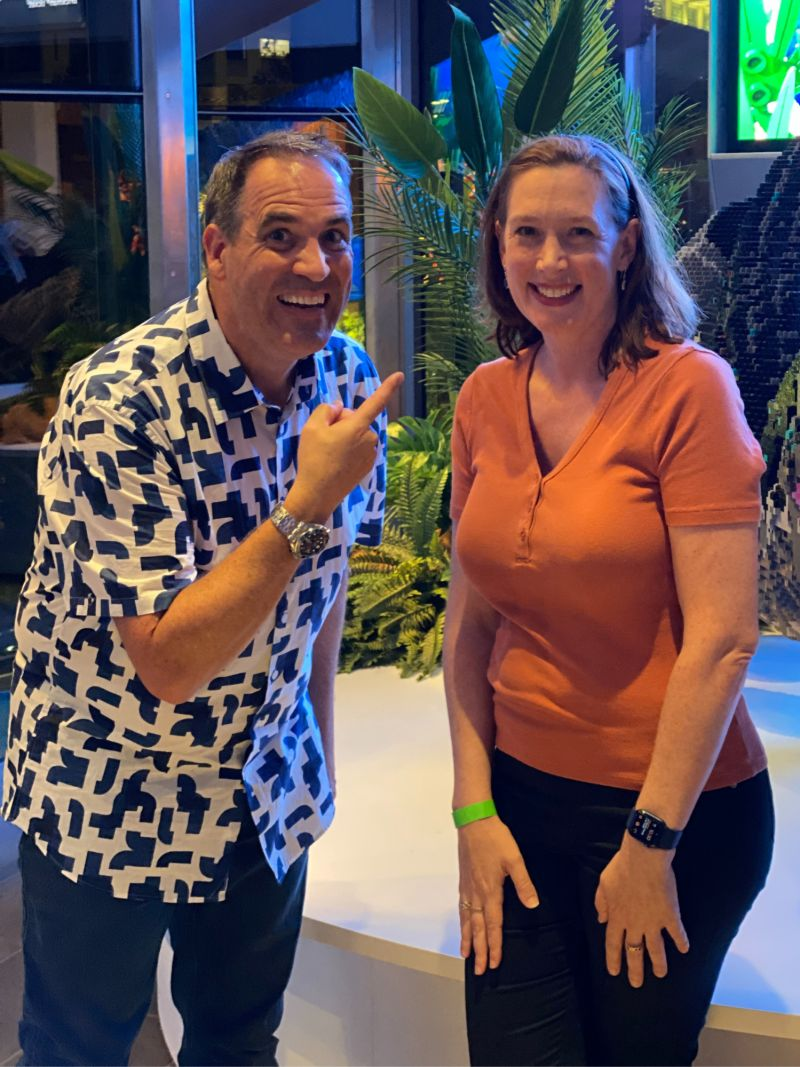 Me and the Hugh Jackman of LEGO, Ryan ‘The Brickman’ McNaught (my happiest day)

What an ego boost. It’s hard to resist that feeling.

However, what I wasn’t really thinking about when I shared the post was who I was talking to. And LinkedIn decided that for me.

Literally the very last people I need to target in order to grow my business saw this post in the thousands. Most of the friend requests were from this type of professional, and while I have many dear software engineer friends from my days at Yahoo!, it was a real opportunity lost.

How to go viral on LinkedIn

While going viral is random, I think the post worked because:

It got a lot of likes… because who doesn’t love LEGO? This helped it to reach more people.

Perhaps I could have crossed the 200,000 impression mark if I had made the post a bit more engaging and asked people to comment or share for a specific reason (I’d been too lazy to include a call to action). 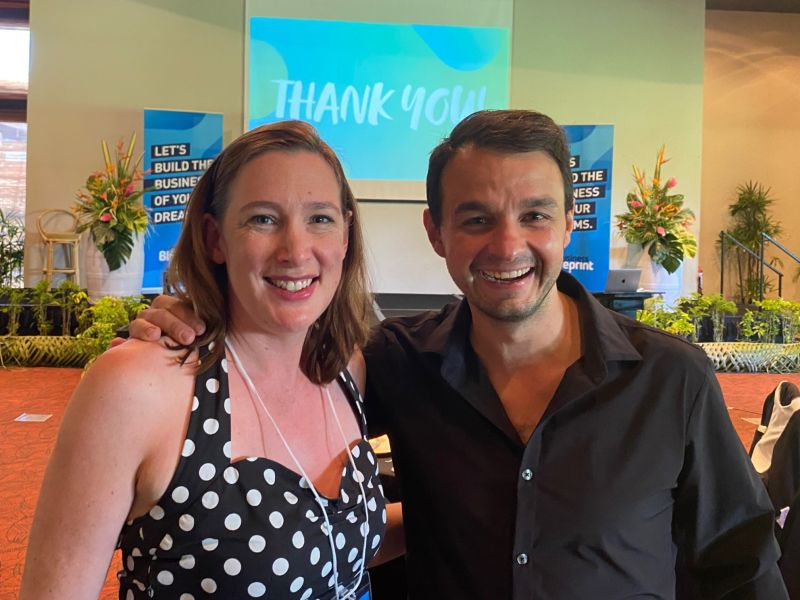 My awesome client James is a slightly less famous face but this is another post that outperformed a lot of others (Yes, that’s cake on my tooth. I regret nothing)

Why going viral isn’t the answer

Going viral feels great and it’s exciting to watch those numbers go up but if you’re serious about getting clients in your niche being seen by every man and his dog doesn’t achieve a whole lot, especially if you’re B2B. After all, making a genuine connection with 10 amazingly qualified leads deliver so much more value than 150k random people seeing your face for a split second.

So it’s all about finding the sweet spot; creating content that your audience will take note of and finding ways for it to stand out. Sometimes it’s the more relaxed and casual posts that get traction because they are easier to relate to.

I’m still on my own journey to nail my social media game, especially with my upcoming book launch. You’ll be seeing a lot more smiling faces in my feed and I will let you know how the book sales go!